Read the article on page 16 here ... Naughty but Nice 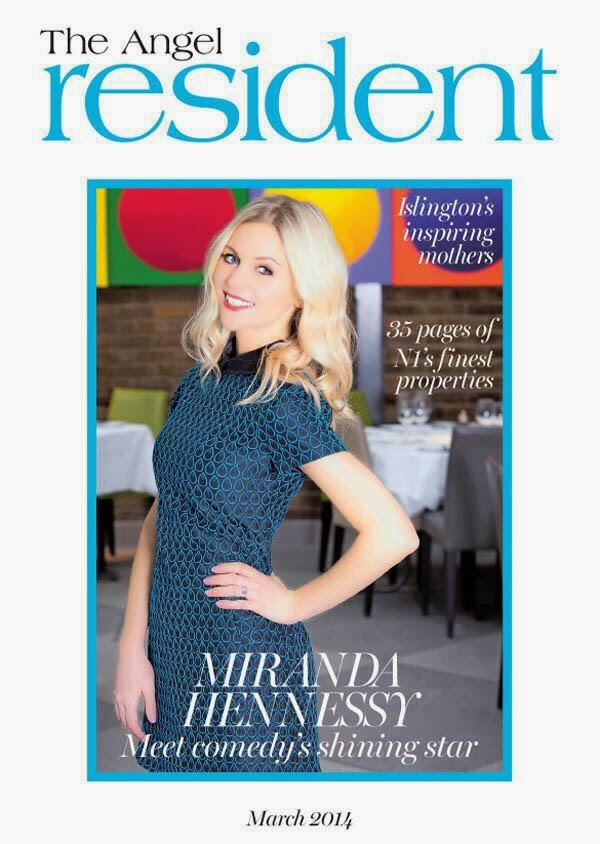 **** CHORTLE : ‘Flawlessly funny... Fantastic original ideas...watch before TV execs start editing out the best bits.’
**** THE SCOTSMAN : ‘An IMPRESSIVE calling card for comic actress Miranda Hennessy, this blackly funny three way sketch romp suggests the emergence of a future star.’
**** THE LIST : ‘Top 5 comedy sketch shows to see at the fringe.’
**** BROADWAY BABY : ‘full of classic comic moments and the trio have created a set that feels ready to be a hit television series.’
**** THREE WEEKS : ‘Miranda Hennessy is a force to be reckoned with, a diminutive blonde packing a powerful punch both physically and comedically...an excellent fringe debut for this talented trio.’
***** WEST END FRAME : ‘Probably three of the best comedy actors I have ever seen.’
**** INFORMED EDINBURGH : ‘Destined for some screen time’
**** FESTIVAL JOURNAL : ‘an absolute pleasure to watch...a well-tuned trio of performers who are capable of greatness. 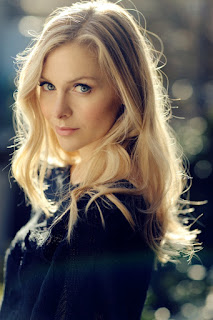 It rapidly becomes clear that there are no topics off-limits for the diminutive and sparkly Miranda Hennessy as she ploughs through sketch after sketch featuring suicides, abductions and bodies in bags – but my word she does it well. Hennessy has an irresistible charm matched by her costars David Seymour and Steven Shapland. The majority of writing is flawlessly funny and it is very easy to envisage a BBC Three pilot being commissioned off the back of this.
In fact some of the sketches seem to have been written for TV, the terrifying well -behaved child tormenting his mother with bunches of flowers and good grammar could have only been improved with the props and lighting a professional studio could provide. The James Bond sketch would have been complete if some TV bigwigs had secured the rights for the music, if for no other reason than to disguise Steve Shaplands miserable impression of Sean Connery’s accent.

Rough edges aside these are strong sketches and Hennessy has some fantastic original ideas. Even more recognisable themes have been updated, Victoria (with a V) is a perfect pastiche of the vacuous characters in Made In Chelsea. It’s not an original idea or character but Hennessy has a pitch -perfect performance and brings fresh life to a tired idea.

There are some set techniques, with Shapland and Seymour playing the unappreciated sidekicks but even this is approached with a fresh bite when the two decide to fight back.

There are some sluggish, questionable sketches, the weakest being a pastiche of Desperate Housewives as played by the Disney Princesses. Snow White overplaying the ‘Mexican’ card à la Eva Longoria wasn’t well executed enough to pass my PC meter. But this was one of the very few flabby deviations from quality, perhaps highlighted as it directly followed a much more entertaining parody of Glee featuring another non-PC take on the ‘Asian Kid’ done with such awareness and stupidity there was no doubt it was the cast who were the brunt of the joke.
Hennessy seems to have no strict style, which can sometimes lead to the loss of identity or recognisable voice for lesser sketch writers. She can swing from an observational piece about relationships to a surreal dance number featuring foxes without ever losing pace or direction.

Genuinely funny and well worth a watch before the TV execs start editing out the best bits…. or Shapland and Seymour finish her off.

Review for 'Hennessy and Friends: A History of Violence' in The Guardian.

Go to Review
Featuring a number of cartoonish fights, plenty of silly voices and more ideas per minute than most sketch groups manage in the space of an hour, A History Of Violence marks the arrival of a talent to keep tabs on in the diminutive shape of writer-performer Miranda Hennessy. A bubbly, irrepressible performer with a penchant for big, broad, vastly larger-than-life characters, it's easy to imagine her going on to great things. This debut sketch show (which sees her ably accompanied by David Seymour and Steven Shapland) allows her to display her talents to the max, and it's a delightfully screwy affair, where sketches bleed into each other (while characters bleed over each other), ideas veer off in wildly unpredictable directions, and the fourth wall takes a terrible battering. Not everything works, but there are many inspired moments; watch out for the couple trying unsuccessfully to watch an action film, and be on your guard for the chocolate cheesecake sketch.


4 STAR REVIEW IN THE SCOTSMAN

Miranda Hennessy and Friends explore violence and cruelty with playful mischief Picture: Kate Chandler
By Jay Richardson
Published on 27/08/2012 14:54
An IMPRESSIVE calling card for comic actress Miranda Hennessy, this blackly funny three-way sketch romp suggests the emergence of a future star. That’s the subtext of this violence-themed hour, in which the perky, diminutive prima donna’s on-stage sparkle is tinged with an overt threat of abuse towards her co-stars, David Seymour and Steve Shapland, who are desperate to escape and set up as a comedy duo.
The trio deliver a high hit rate with their sketches but what really makes the show is the insidious cruelty that spills from one scene to another and through the changes, exemplified by their gleefully sick take on MI6 agent Gareth Williams’s demise in a holdall.
A sometime member of imaginative sketch act Clever Peter, Hennessy’s “behind-the-mask” persona is reminiscent of her namesake Richardson as Queen Elizabeth I in Blackadder, capricious, girlish and vengeful, the dynamic she has with Seymour and Shapland recalls the ringmaster authority of Greg Davies over his We Are Klang co-stars. Shrewdly, she’s as routinely the dupe in the skits as the others, affording them little triumphs of respite. But you’re never in doubt as to who’s boss.
Indeed, that’s established from the beginning, with a balaclava-sporting Hennessy holding Seymour hostage at gunpoint, escalating the depravity with a succession of twists. They constantly find a way to either ramp up the dark humour and knockabout nastiness, through a succession of fine topper gags, or instead have the men recoiling in horror and disgust. Sexual role-play, necrophilia and fox rape are just some of the depths they explore. But it’s all done with a playful sense of mischief.
A recurring character, Victoria with a V, affords Hennessy the opportunity to audition for any casting agents, a none-too-original take on the oblivious, self-obsessed Made In Chelsea set, which the comic nails with air-headed aplomb.
Less convincing is Shapland’s Sean Connery accent and a so-so Glee spoof. A jogging interlude, in which Hennessy is possessed by whichever song is on her MP3 player, fails to raise a laugh. These are isolated misfires, though, and scarcely detract from this highly promising debut.
Jay Richardson
Until 27 August. Today, 2:50pm.