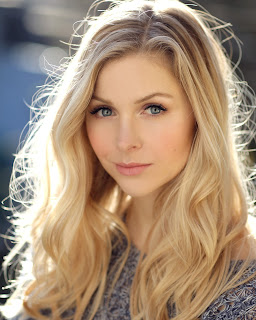 Miranda Hennessy is currently starring in "Johnny English Strikes Again" out soon in cinemas. She will soon be appearing in Hulu's "Catch 22" directed by and starring George Clooney as well as season 7 of Father Brown for BBC One. She played Nicola in the BBC Two comedy series 'Quacks' with Rupert Everett, Rory Kinnear and Tom Basden; and was a guest star in Series 4 of 'Inside No. 9' on BBC.

She recently starred opposite Freddie Flintoff in Sky's Summer Comedy Shorts; 'Pacino & Bert', played 'Effandra' in Steve Coogan's fantasy comedy 'Zapped!' opposite James Buckley, appeared in Series 4 of 'Sherlock' for BBC One and played Millie Wyatt in 'Hoff the Record' for Dave.

Other credits include 'Zoe', in the Big Talk Productions comedy series 'Give Out Girls', 'Isabel' in 'Pramface' (BBC Three), Plebs (ITV2) and her leading role in the Icelandic horror film; 'Reykjavik Whale Watching Massacre' / 'Harpoon'.

Miranda is currently writing and developing her own sitcom and also performs regularly with her sketch group ‘Hennessy & Friends’, who won the award for Best New Sketch Act at the Edinburgh Festival. www.hennessyandfriends.com

Miranda is an Artistic Associate of 'The Story Project' with whom her first play was produced; 'Jitters' at The Southwark Playhouse'.