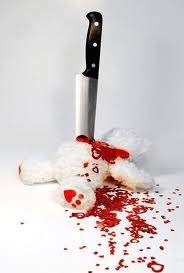 
Lonely hearts and smug couples. Spurned lovers and badgers. All will have their moment at this sketchtacular love in! – Just don’t expect roses and love hearts. Meet a host of brand new comedy characters as they fight their way through this Valentine’s Day. Hilarious, surreal and often violent sketch show from Miranda Hennessy (C4’s PhoneShop). Also starring David Seymour (Love Bite) and Steven Shapland (Harry and Paul). There will be blood.
Book tickets here - £6/ £5 concessions - Bottle Rocket Comedy
Posted by Miranda Hennessy at 08:53 1 comment:

Bit of a crazy week,

Our gig at Kings Place went brilliantly, awesome venue - no dingy pub toilet dressing rooms here! Our last minute new technician, Dan Saggars acted as a calming shaft of light through a whinge of panicked actors. I was competing in the costume and prop Olympics, oh and Steve's back from his selfish tour of Asia...the less said about that the better.

I also did a gig this week at a Millionaire's birthday bash where the entertainment included a baby Alligator, a Wolf, a dancing harem and me as Margaret Thatcher. I hope one day I have a birthday party as horrifically extravagant.

As if Aligators weren't enough excitement, I've also spotted this little series of comedy webisodes starring Miles Jupp, Tony Gardener, Jason Lewis and Me as the new Kit Kat PR Gurus. Here's an episode where I rap with THE Vanilla Ice. Or Rob, as we friends call him. Career highlight. For Him.

Amazeballs - I'm off now to write the script for our Valentine's Day Massacre show at Dave's Leicester Comedy Festival. It's on the 14th Feb. Unlucky for some.
Love, love, love. And blood and guts...